Nottinghamshire Fire and Rescue Service required a new base to reflect the needs of a modern station. The London Road fire station was proposed to provide energy efficiency, an excellent location for emergency call outs and additional office space for Nottingham City Council’s Emergency Planning Team.

Nottinghamshire Fire and Rescue Service (NFRS) provide an emergency and accident prevention service to over one million people across the county. Since 1940 Central Fire Station had been the base of this service, but 70 years later, NFRS required a modern facility to cater for the change in service needs.

NFRS required a new base to reflect the needs of a modern station. The London Road fire station was proposed to provide energy efficiency, an excellent location for emergency call outs and additional office space for Nottingham City Council’s Emergency Planning Team.

Following a competitive tender process, J Tomlinson was appointed as main contractor for the design and build of the new London Road Fire Station on behalf of the Nottinghamshire Fire and Rescue Service. The works involved the demolition of existing structures on the former brownfield site, and the construction of a new modern three-storey fire station.

The building has significantly exceeded efficiency standards through the use of smart lighting, insulation, and solar panels on the roof, as well as being linked to the Nottingham City District Heating System which provides a low carbon fuel source to homes and businesses in the city using energy recovered from waste.

J Tomlinson worked closely with the client to understand the historic significance of Central Fire Station. Our team incorporated the legacy into the modern facility by carefully installing the two stone statue lions from the staircase of the existing station and recreating the iconic mosaic.

Completed in August 2016, the building complements the city’s south side regeneration plans, helping to regenerate the London Road gateway into the city, and has made excellent use of a previously run-down site in a high-profile location. The team behind the development was entirely composed of Nottingham-based companies.

The facility was handed over on time and on budget following the year-long build and is now home to both the Nottingham Fire Service and Nottingham City Councils Emergency Planning team.

ON TIME AND ON BUDGET – achieving a high specification finish, with the project being completed in readiness for the transition of NFRS to London Road. J Tomlinson understood the council’s strict budget and was able to offer cost effective solutions without compromising on the quality of the building.

ENERGY EFFICIENCY– as specified by the client, the building now operates using less than a quarter of the energy that Central Fire Station required, significantly reducing carbon emissions and operating costs for the fire service.

AWARD-WINNING PROJECT – the London Road Fire Station was crowned as the winner in the regeneration category of the fbe East Midlands Awards, which recognises the best built environment schemes in the region. The awards commended the project for its use of technology, natural elements and showcasing construction as a profession. It was also announced the winner of the Infrastructure of Regeneration titles at the 2017 RICS awards.

ADDED VALUE –  the project welcomed pupils from Nottingham Emmanuel School with a site visit to learn more about construction as a career choice. Multiple work experience placements working on the trades on site took place throughout the build. The fire service has also formed links with a local school to educate pupils on fire safety. 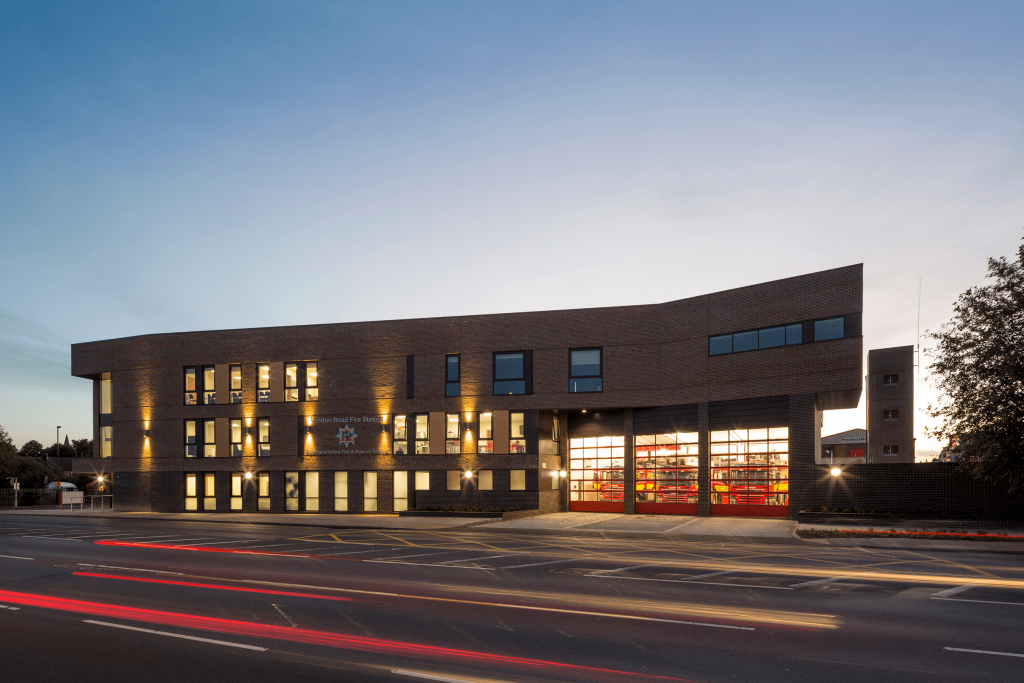 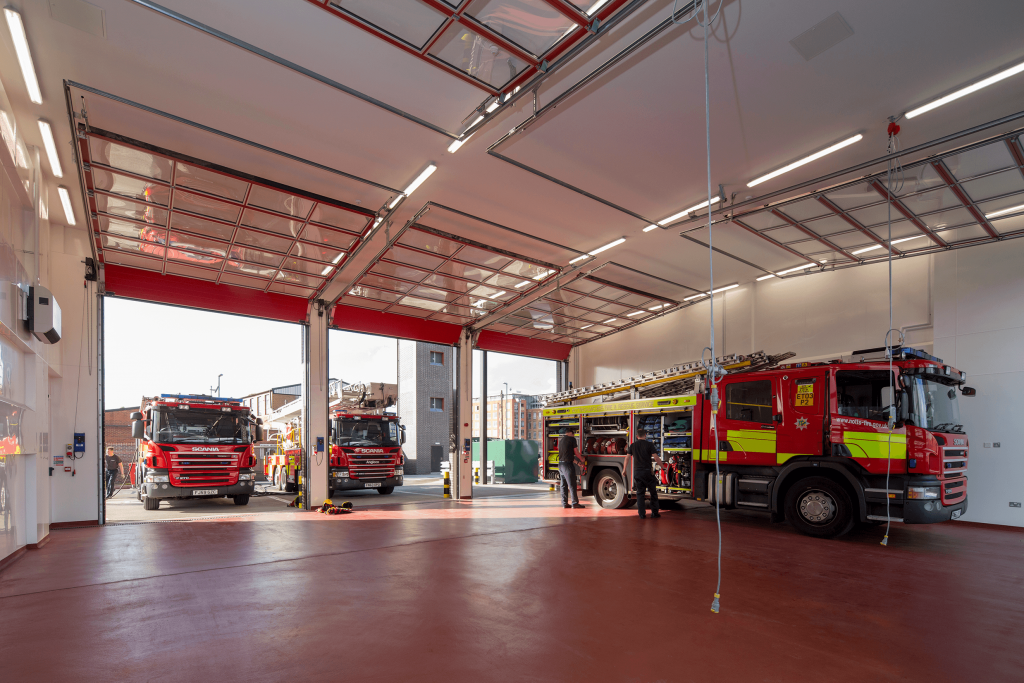 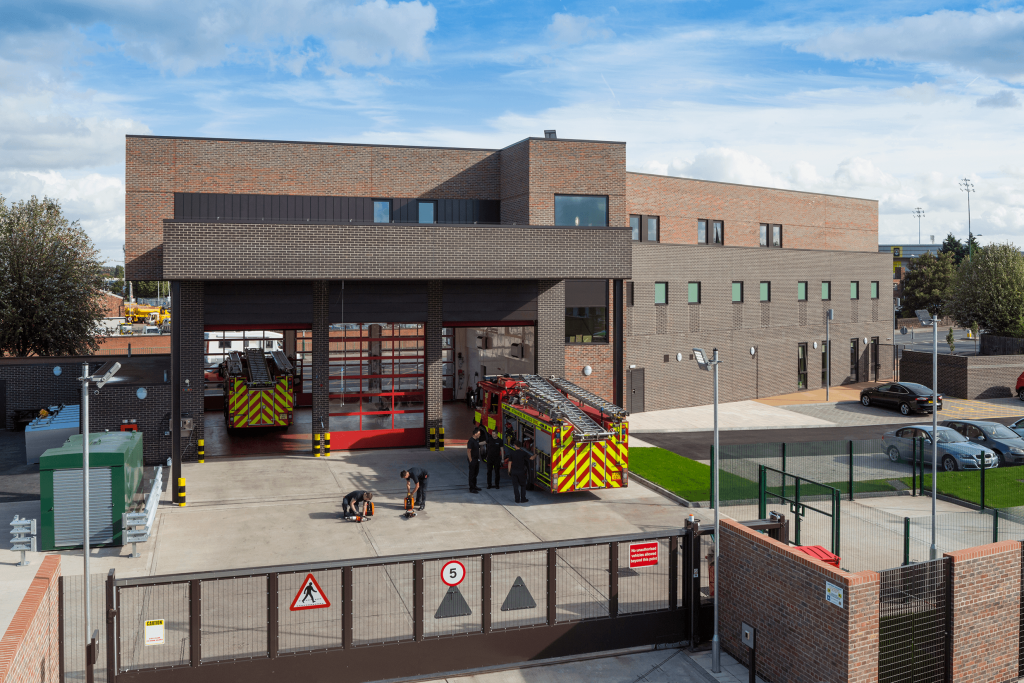