Design and build an education facility for 210 pupils aged between five and eleven, feature state-of-the-art facilities including a sports hall, library, football pitch and a multi-use games area.

St. Modwen is a leading property investment and development business specialising in the regeneration and remediation of brownfield land and urban environments.

J Tomlinson was appointed by St. Modwen to manage the design and build of Mease Spencer Academy – a new, single-storey primary school in Hilton, Derbyshire. The scheme formed part of a planning agreement between St. Modwen and South Derbyshire District Council, after St. Modwen was commissioned by the council to build 485 new homes in the village. The existing Hilton Primary School was oversubscribed and a new school was needed in the area.

The newly build school forms part of the Spencer Academies Trust – a high-performing multi-academy trust (MAT) with primary and secondary schools across the East Midlands.

Prior to works starting on site, letters were sent to nearby businesses and residents informing them of the works that would soon be taking place and inviting any comments and concerns to be directed to the site manager. Regular communication was maintained throughout the project.

During the project, we visited Fairfax Academy secondary school in Sutton Coldfield where our assistant site manager delivered a presentation to students looking to pursue a career in construction as part of a wider careers event hosted by the academy. We also delivered a site safety talk to students attending the existing Hilton Primary School.

We worked with the new school’s headteacher to host a guided tour of the school a few weeks prior to practical completion. This was attended by representatives from Derbyshire County Council as well as teaching/ administrative staff and parents.

Local supply chain: Where possible, materials were sourced locally in order to reduce travel distances and accompanying carbon emissions. Local subcontractors and suppliers were employed on the project, with 30% of subcontractors based in Derbyshire, and 60% based within a 30-mile radius. Local shops and cafes were also used throughout the build. Any spare timber was saved and donated to local families, encouraging re-use and recycling and reducing project-specific waste throughout the build.

Monitoring of badger sett: Ecological surveys undertaken prior to start on site revealed an active badger sett near to site. J Tomlinson installed barrier fencing around the site perimeter to help ensure the protection of the badgers whilst works were taking place. Throughout the project, we effectively managed our construction activities to ensure heavy machinery was prohibited from being used anywhere near the flagged badger areas.

The new Mease Spencer Academy was completed on budget and in time to welcome its first pupils in September 2019. It features seven classrooms, a sports hall, library, football pitch, and an all-weather multi-use games area, and will cater for pupils aged from five to ten years of age. Underfloor heating runs throughout the school and each classroom has a feature wall painted in one of the school’s own colours, lending a cosy, friendly feel to the new building.

As part of the project, we installed 80m2 of photovoltaic panels on the school’s roof, generating approximately 295W of solar energy.

USE OF RENEWABLE TECHNOLOGIES – As part of the project, we installed 80m2 of photovoltaic panels on the school’s roof, generating approximately 295W of solar energy

LOCAL SUPPLY CHAIN – Local subcontractors and suppliers were employed on the project, with 30% of subcontractors based in Derbyshire, and 60% based within a 30-mile radius

MANAGING ENVIRONMENTAL CONSTRAINTS – Ecological surveys undertaken prior to start on site revealed significant badger, bird and bat activity on and near to site. J Tomlinson ensured the protection of all species through keeping heavy machinery away from flagged areas as well as installing Tree Root Protection measures around three veteran oak trees on site 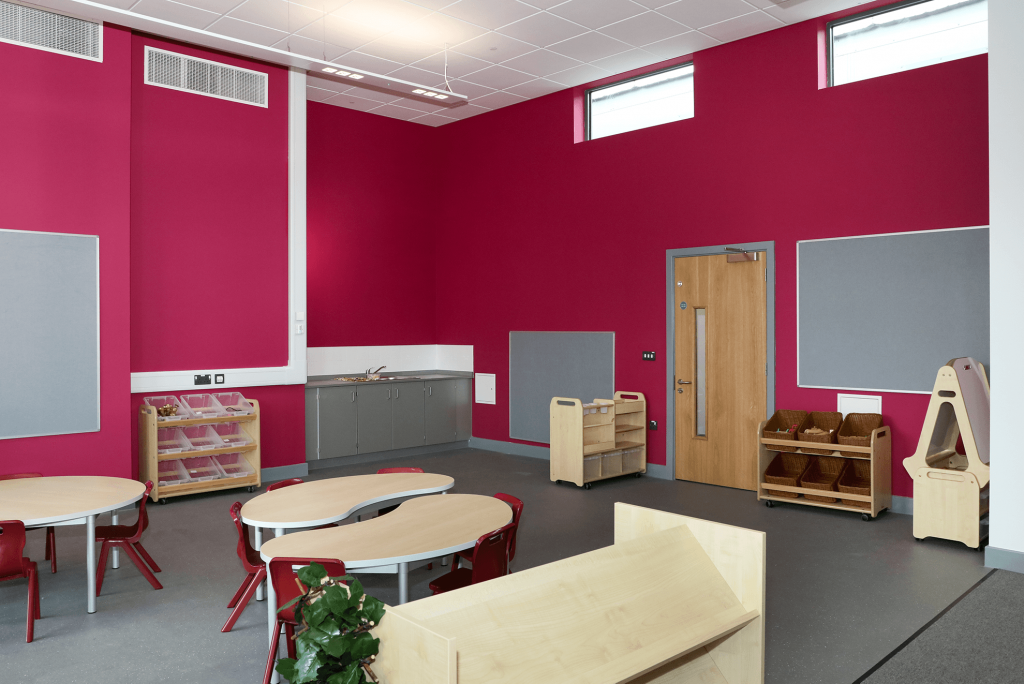 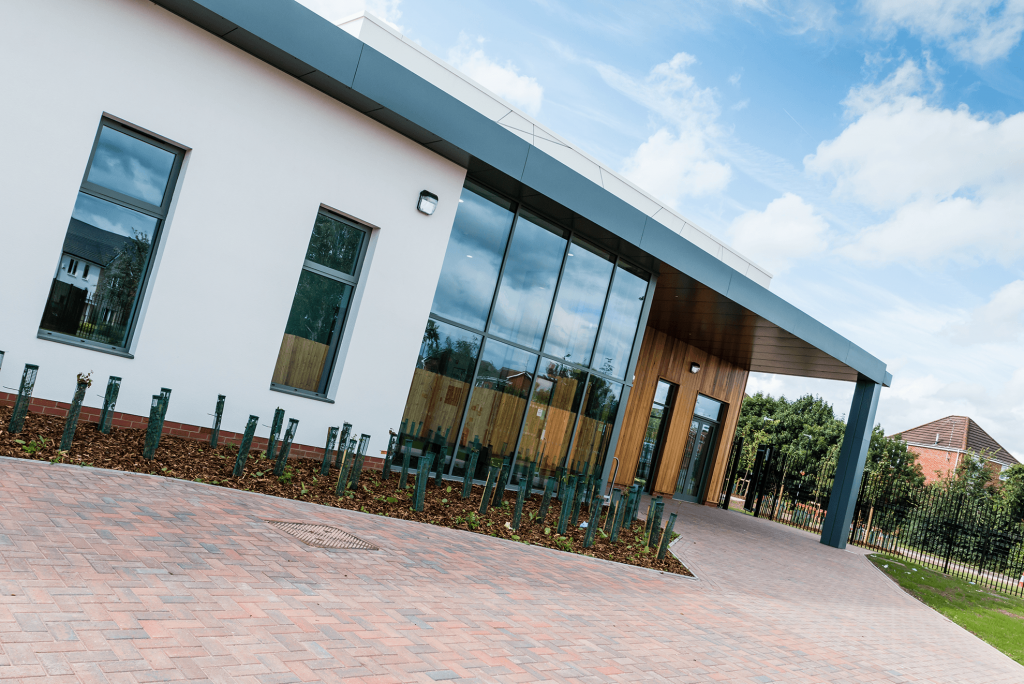