In 2018, J Tomlinson was appointed by The ExtraCare Charitable Trust to manage the internal refurbishment and remodelling of its Lovat Fields Retirement Village, based in Milton Keynes.

Established in 1988, The Extra Care Charitable Trust operates retirement villages and smaller housing developments across the Midlands and further South.

In 2018, J Tomlinson was appointed by the Trust to manage the internal refurbishment and remodelling of its Lovat Fields Retirement Village, based in Milton Keynes.

The Village is made up of 258 one and two-bedroom apartments, as well as a plethora of facilities that were renovated as part of the scheme including toilet facilities, a hairdressing salon, a gymnasium, a laundrette and several offices. M&E design and installation works were also undertaken, as was the conversion of office space into a new apartment, creating additional resident space within the Village.

This phased project was influenced largely by occupants, whose feedback and views were encouraged and welcomed throughout the works to ensure a resident-centric finish.

As the scheme was delivered in a live residential environment in which residents remained in occupation, it was vital that any disruption was kept to an absolute minimum.

Working within a live residential environment

Protecting residents, staff and visitors: Throughout the scheme, we endeavoured to ensure that residents and staff were not significantly affected or inconvenienced by the refurbishment works. This was achieved through the implementation of dust, noise and vibration minimisation techniques.

In addition, works were phased to allow refurbishment of communal areas to be undertaken with residents in situ, with work areas being temporarily screened off to protect all occupants and visitors from harm.

Relocation of facilities: Where possible, critical facilities were temporarily relocated to avoid disruption to the Village’s daily operations. It was vital that the Village still had an operational reception area; as such, the main entrance to the Village was relocated to the other size of the building, and J Tomlinson diverted the intercom system to accommodate this. Clear signage, hoarding and regular updates from the site team alerted visitors and ambulances to the temporary diversion.

Residents were heavily engaged throughout the project. Views and feedback that were raised throughout the scheme meant that a few significant changes were made to the programme, including the relocation of a consultation area to create a storage area for mobility scooters and the refurbishment of toilet facilities to ensure that all of them were easily accessible to all residents.

Furthermore, specialist safety flooring was implemented to help prevent slips and falls in the Village.

The project was delivered on time and budget, with residents and the Village’s neighbouring community benefitting from their enhanced communal facilities.

LIVE CARE ENVIRONMENT – works were undertaken within a live, heavily occupied care village. J Tomlinson endeavoured to minimise disruption to residents, staff and visitors– as well as the site’s daily activities – through noise and dust reduction, clear segregation, and (where possible) temporary relocation of certain facilities, including the reception area and on-site laundrette

COMMENDATION FROM CLIENT – the project was completed on time and in accordance with client and resident requirements, gaining commendation from the client

RESIDENT ENGAGEMENT– residents were heavily engaged throughout the project, and views and feedback raised saw J Tomlinson and the Trust making changes to the programme, including the relocation of a consultation area to create a storage area for mobility scooters

BESPOKE M&E DESIGN – the project involved a significant element of bespoke M&E designs, the most notable of which resulted in the creation of a reception counter made solely from yoghurt pots

ON TIME & BUDGET DELIVERY – the project was delivered on time, in budget, and in line with the client’s vision 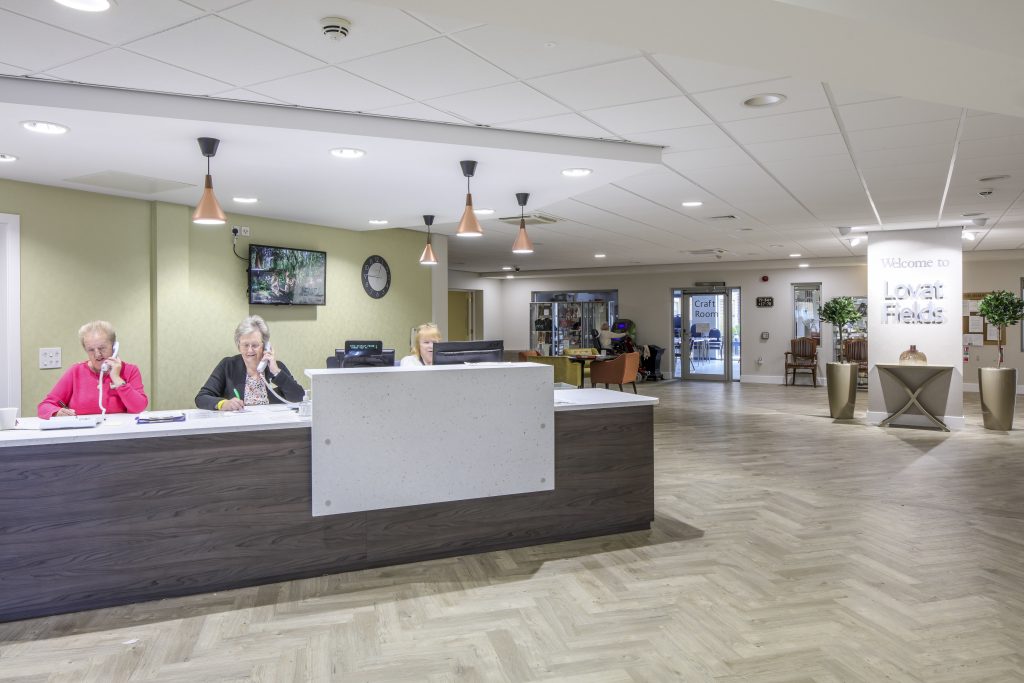 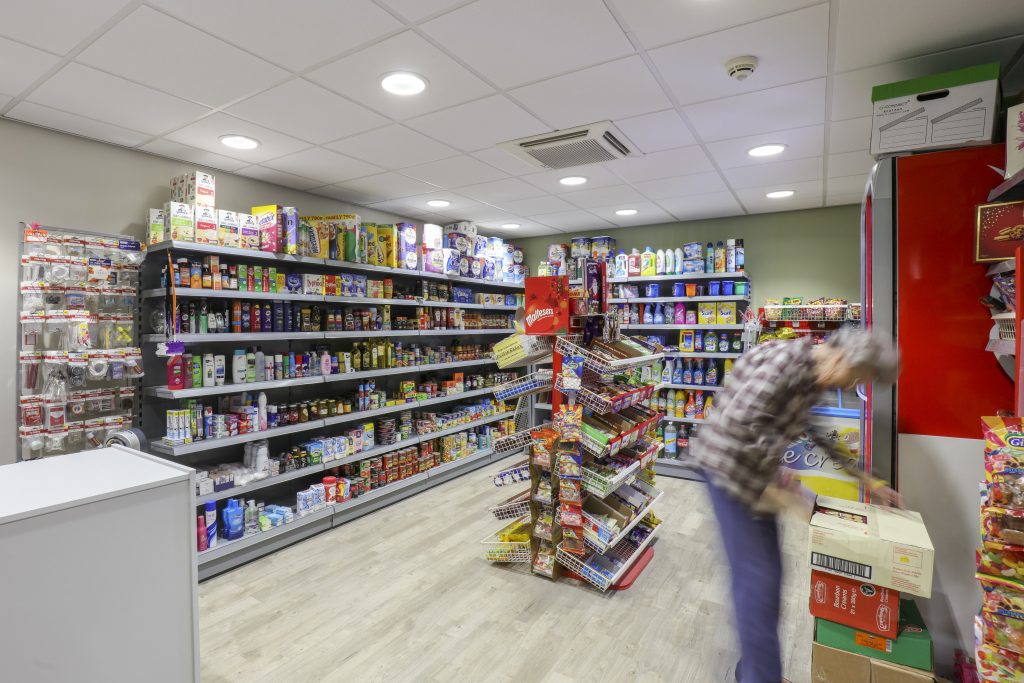 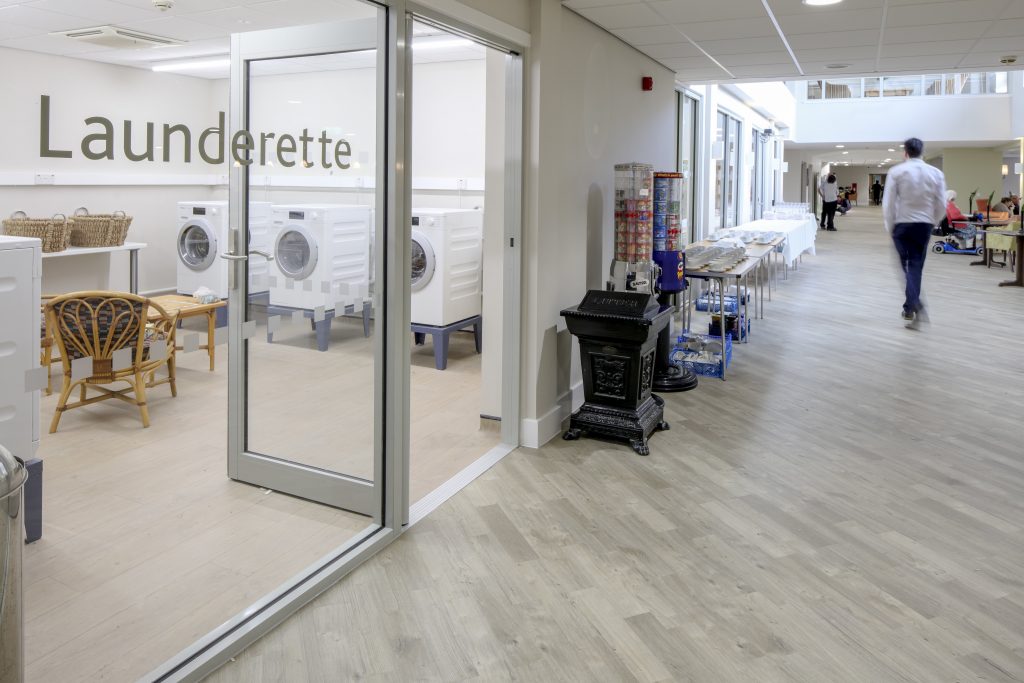 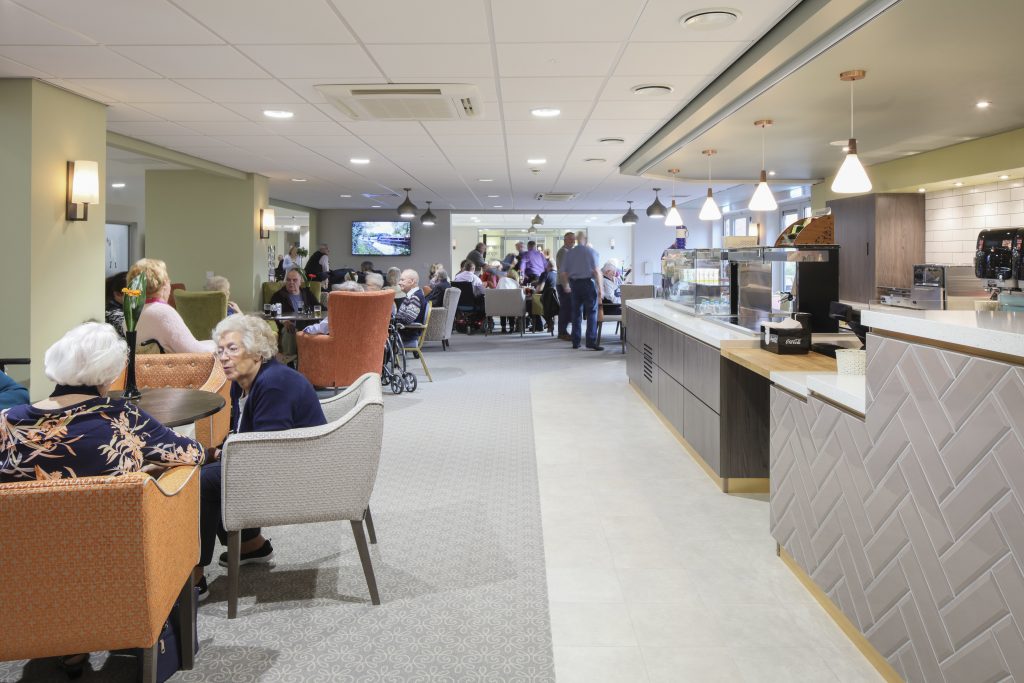