J Tomlinson was appointed to complete a £4.8m refurbishment scheme across 304 bedrooms and en-suite bathrooms plus accompanying communal areas at the University of Warwick’s Lakeside House Student Accommodation scheme.

Warwick is one of the UK’s leading universities, with a widely-acknowledged reputation for excellence in research and teaching, and over 25,600 undergraduate, post-graduate and overseas students currently enrolled.

All works were undertaken during the summer period whilst student accommodation was temporarily vacant. It was critical that the scheme was completed in time for the arrival of students in time for the new academic year, which was made possible by excellent communication between all parties, uncompromising health and safety standards, as well as the project team’s familiarity with all areas of the university’s campus.

During week 4 of the programme, we discovered that the design intent of the flooring and ceiling was significantly different to actual conditions. Upon discovery, we quickly employed an additional Site Manager and utilised split shifts (working both AM and PM) to accommodate revised ceiling and floor construction details. We also called upon the resources of specialist subcontractors Park Ceiling Ltd to protect the programme and ensure the project was completed on time.

Having previously undertaken comprehensive refurbishment works across multiple areas of the university, J Tomlinson was able to call upon the same tried-and-tested subcontractors and merchants as before. This was instrumental in easing co-ordination of activity on site, with up to 130 operatives on site during peak times.

The project was completed both on time and budget and to a high-quality finish, ready for students to inhabit in September.

ON TIME AND BUDGET DELIVERY – the project was completed both on time and budget and to a high-quality finish, ready for students to inhabit in September

TRIED-AND-TESTED SUPPLY CHAIN – having previously undertaken comprehensive refurbishment works across multiple areas of the university, J Tomlinson was able to call upon the same tried-and-tested subcontractors and merchants as before

EXCELLENT CO-ORDINATION – during the project, there were up to 130 operatives on site during peak times. As principal contractor, J Tomlinson ensured sound co-ordination and efficiency of all parties via regular, transparent communication, comprehensive risk management and health and safety audits, and continuous programme reviews

ENSURING MINIMAL DISRUPTION – whilst student accommodation buildings across campus were vacant throughout the refurbishment scheme, other areas of the university were still live, with graduate events and conferences taking place during the summer. J Tomlinson ensured minimal disruption to the university’s continued operations and planned activities via careful programming, considerate parking and traffic management, and clear signage of works 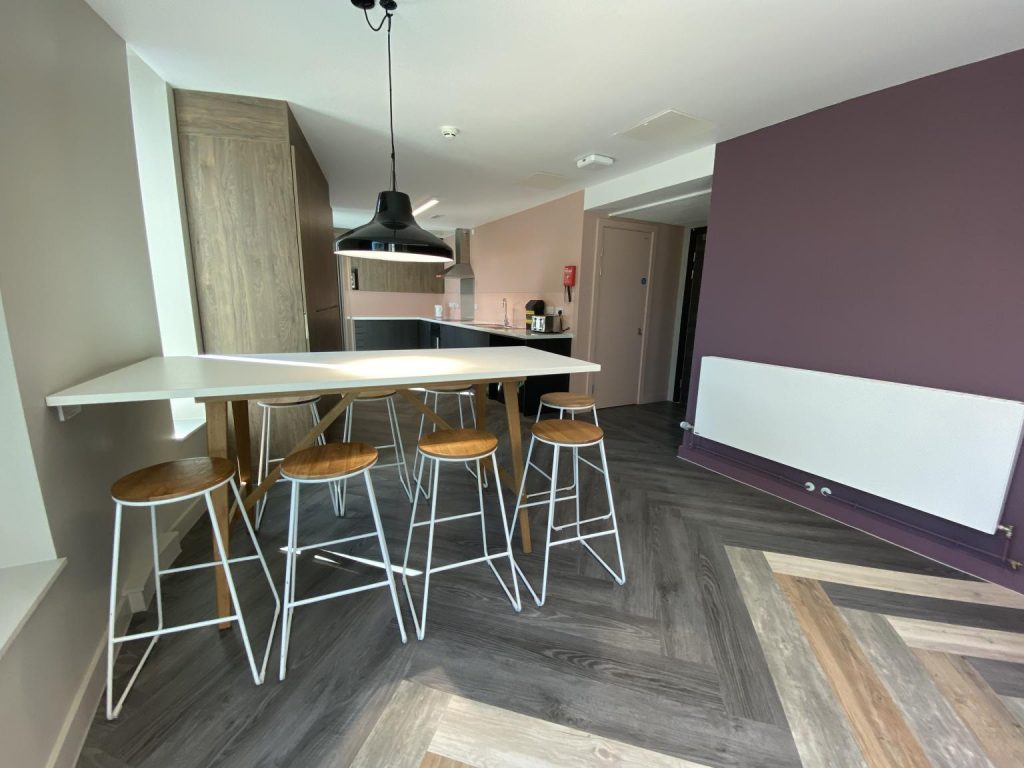 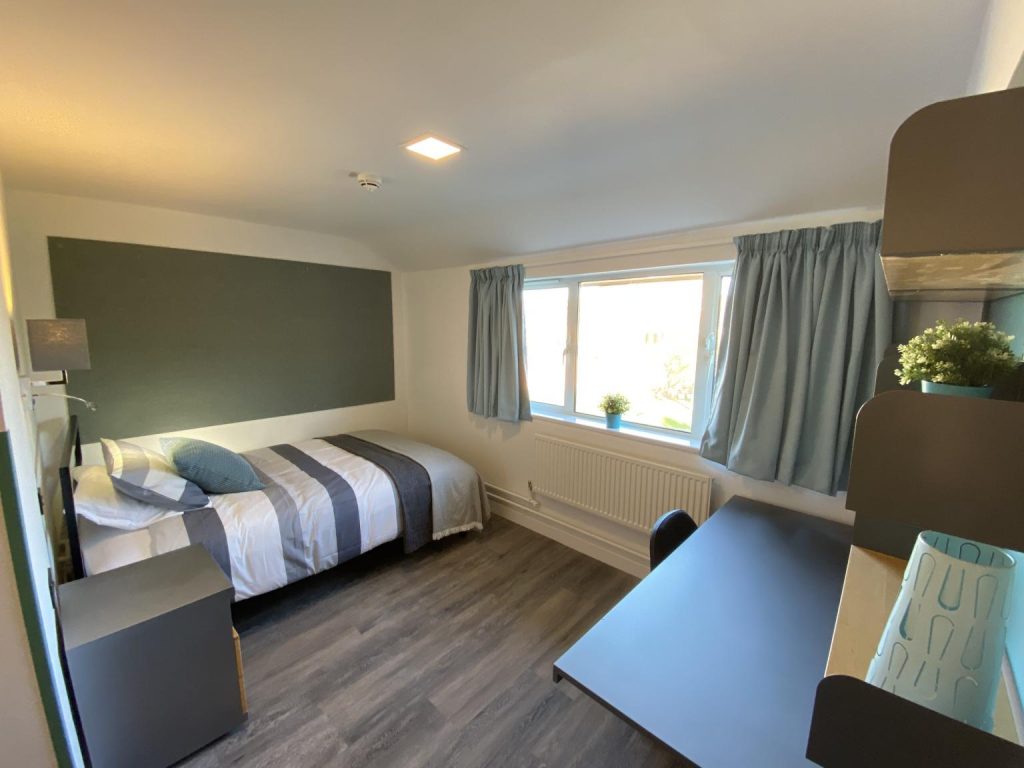